Optical Illusion - Rotating Snakes - The secret behind it 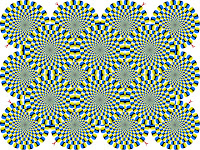 You may have seen lots of optical illusion images and wondered how they cheat our eyes (Famous illusion called Monkey Business Illusion). Researches say those pictures not only trick our eyes, but also convince our brain. Have you ever tried to find the reasons behind these illusions. Reachers have started to explore these and in this post we will look at one illusion called "rotating snakes".

Look at the below image, it is called "Rotating snakes". 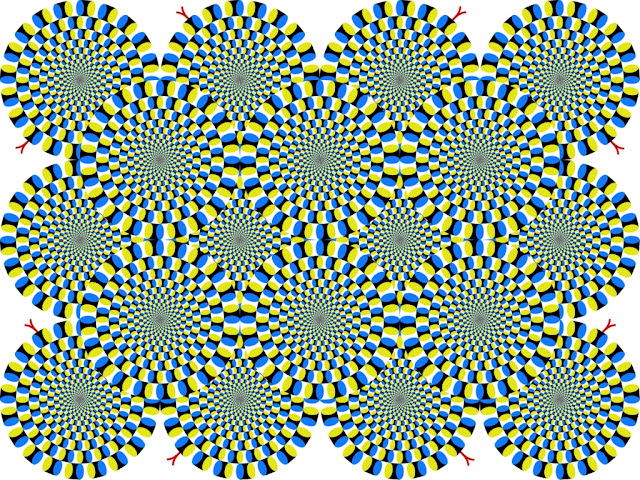 Source: This work was created by Akiyoshi Kitaoka in 2003 as an illusion design of the optimized Fraser-Wilcox illusion. Creative Commons Attribution-NonCommercial-NoDerivs 2.5 License

Scientists have been trying to get to know how it works. A recently published study by Barrow Neurological Institute researchers give the answer.
Eight people were participated in their study and they were asked to respond whenever they see the rotation and eye movements were simultaneously recorded. Their results show a strong link between eye blink and microsaccade and subsequent illusory rotation.

"Microsaccades are a kind of fixational eye movement. Recent research has found a direct correlation between illusory motion and microsaccades" - Wikipedia

If you want to read more about this research work, read the reference paper.